PTSD, anxiety and learning to walk again — recovering from ICU can take years

When Anthony George woke up from a coma in an Ontario ICU last summer, he thought the worst of his COVID-19 infection was over — but he has since discovered that was just the beginning of a long road to recovery.

“I thought I could just hop out of bed and take off. Little did I know my legs were too weak to do anything. They still are. I could only walk for so long and for it to start getting shaky and I got to sit down and rest. Yeah, I’m 53 years old, but I feel like I’m 70,” he said during a recent occupational therapy session.

“I could almost cry sometimes, but I just end up cursing, yelling away at myself.”

George was admitted to the BIuewater Health Hospital in Sarnia with shortness of breath in June 2021. He spent the next 70 days in a coma in the ICU, on a ventilator and a feeding tube. He needed to be resuscitated several times.

“He also experienced a lot of ups and downs in the ICU and a lot of infections,” said one of his physicians, Dr. Richard Cheong. “He had a very rough go.”

George spent another two months in the medical and rehabilitation units of the hospital. Since his release in October, he’s been going to outpatient rehab sessions twice a week as part of a community reintegration program.

COVID-19 irreversibly damaged his lungs so he remains on oxygen; the tank hisses as he struggles to do tasks such as open a peanut butter jar and button his shirt.

“We’re trying to get some of those day-to-day activities that he’s struggling to do or trying to work on some of those things so that he can gain some more independence,” his occupational therapist, Andrea Duff, said as she helped him stretch his arm and hand muscles.

Discharge does not mean recovery

There are currently nearly 1,200 Canadians in intensive care units with COVID-19. According to stats compiled by Health Canada, 21,001 patients have been admitted to ICUs across the country since the pandemic began. Nearly 2,500 (2.1 per cent) of them needed to be on ventilators.

George is one of thousands who have been discharged and are struggling to regain their old lives. They’re finding challenges they did not expect — not just for their physical rehabilitation, but also for their mental health.

Experts say surviving any ICU stay is just the start of the journey and they worry the necessary supports won’t be available in a health-care system slammed by nearly three years of a pandemic. 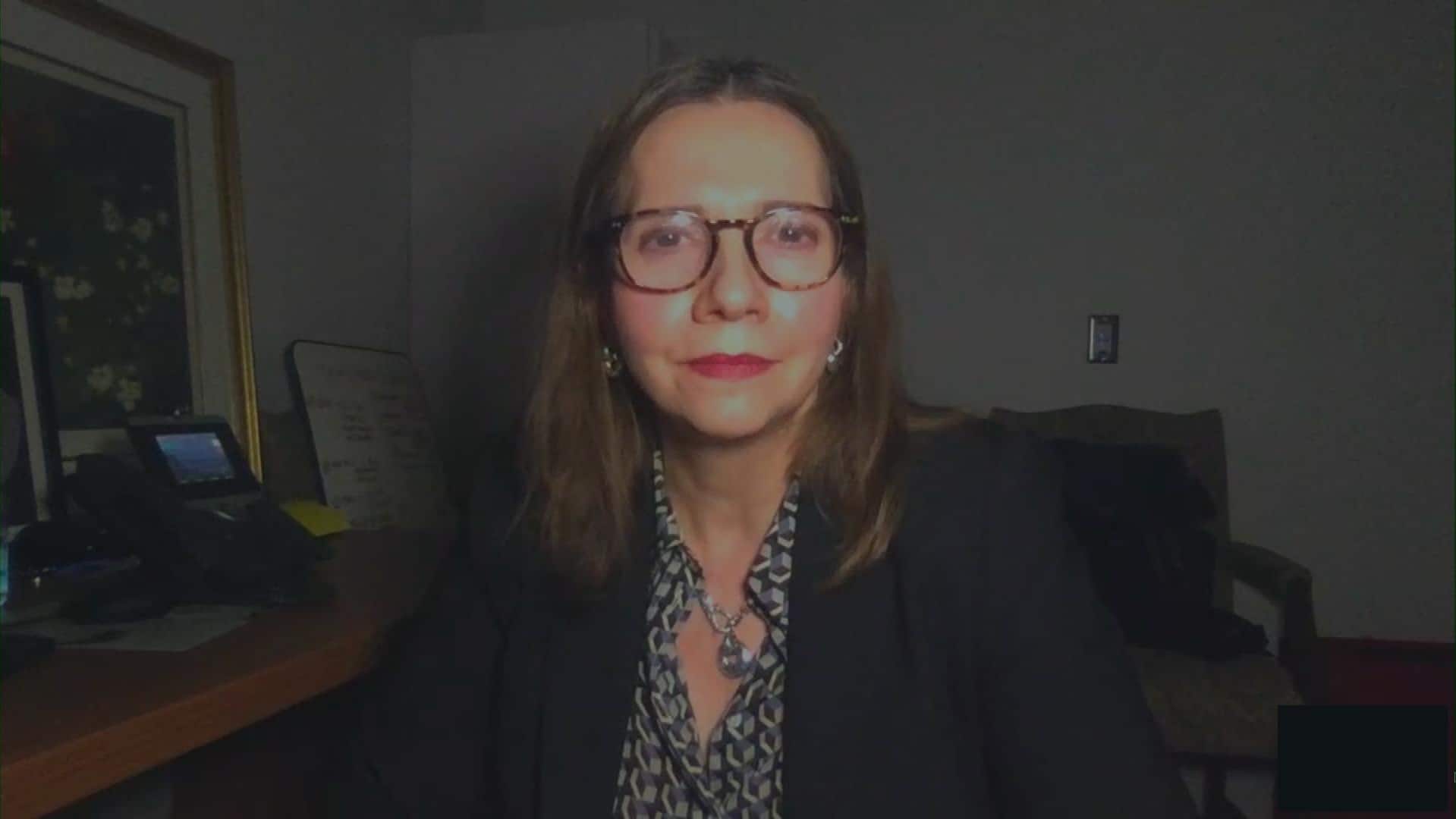 Dr. Margaret Herridge, professor of medicine, critical care and pulmonary medicine at the University Health Network in Toronto, outlines the consequences of long stays in the ICU for those suffering from COVID-19. 1:23

“Traditionally people were high-fiving each other when a patient would survive in the ICU with a severe critical illness. … It is still a win. But we’re learning more and more about what these patients experience afterward.”

Studies in the last two decades found many have on-going weakness, chronic pain and a higher risk of depression, anxiety, post-traumatic stress disorder, he said, adding the risks increase the longer they are in ICU. Patients have to be prepared for these challenges before and after their ICU stay, he said.

Nadine Foster knows all about those long-term physical and mental health effects.

Ten years ago, her liver failed. She was in intensive care for six weeks in a Calgary hospital.

When she was finally discharged, she had to learn to walk again because her leg and core muscles had deteriorated from being bed-ridden for so long. For the first year, she was fatigued and had a hard time managing her daily responsibilities.

“When you come out of the ICU, a lot of people just assume that it’s like any other hospitalization and you might be tired for a day or two and then you kind of get on with life and that’s not actually the way it is,” Foster said.

“Those kinds of things go on physically and cognitively, and sometimes if you’re not lucky, like me, mental health-wise for many years,” she said, adding people thought she was being lazy when she needed a nanny to help care for her two young sons.

Although she was a nurse, Foster was surprised at the toll the experience took on her mental health, and that of her boys — both of whom struggled with anxiety.

“Their mom almost dying and being in hospital, that’s quite a response. And then, you know, marriages suffer, too. So my husband and I are no longer together.”

She struggled to find help. No one provided resources when she left the hospital and her family doctor — in theory the best person to turn to for ICU aftercare — didn’t know where to point her.

“Once the doors of the ICU were shut, it was like that knowledge was gone and I had to find that all myself,” she said.

In her research, Foster discovered what is known as Post-Intensive Care Syndrome. She found some of the best research and information from the United Kingdom, Australia, the United States, and Scandinavian countries.

Over the years, she has joined several support groups and now also does research and helps others access help, including applying for disability tax credits and handicapped parking passes.

One of her big concerns is that once someone is considered recovered by the public health system, there may be on-going problems, and private insurance doesn’t always cover the long-term disability therapies that may be required.

Foster said there should be more education for patients, family doctors and allied health-care professionals such as physiotherapists.

“I worry that there might be quite a few people that will fly under the radar in terms of what their needs are. And a lot of people are too scared to go back and ask for help, too, because their ICU experience was terrifying, right?” she said.

“Don’t be alarmed that there are things that are going to happen to you that probably you didn’t expect and nobody told you about. Yeah, just don’t be surprised. The things that you will go through will shock you,” she said.

There are more resources now than when Foster was going through her recovery process, but she and other advocates say they are spotty across the country.

With the large numbers of COVID patients leaving Canada’s ICUs, Fernando worries timely help won’t be there for many of them, depending on where they live.

“Even prior to this pandemic, we had a hard time meeting the demands of mental health,” he said.

“If you’re asking, if the infrastructure exists to take care of the huge burden of patients who are going to be suffering from significant psychological sequelae” — a condition which is the consequence of a previous disease or injury — “as a result of their critical illness, I think any of us who practise in this system can tell you the answer is probably no,” Fernando said.

Cheong, in Sarnia, says the entire health-care system has to restructure itself to provide a continuum of care to help patients get back to “baseline” — as close as possible to their quality of life before their ICU stay.

“What’s in the hospitals and then what’s out in the community when these people leave hospital and all that needs to be planned in a whole, fulsome fashion rather than being a bit here, a bit there,” he said.

So far, Anthony George says he is getting the physical rehab he requires. In one of his recent sessions he was lying on a bed, breathing hard and working to lift a cane above his head in a modified bench press.

As he struggles with his recovery, he dreams of a time when he can get back on his bicycle and ride around his community.

“It [the bike] is in my apartment and just sitting there getting old and rusty like myself. If I can get back on a bike someday, I’d be the happiest man in the world.”

As for long-term supports, George just hopes they’re available, when he needs them.

No ticket matched all the numbers for Tuesday’s Mega Millions drawing and the jackpot will now pass...

FRESNO, Calif. (KFSN) — Crews have begun to gain containment on the Oak Fire in Mariposa County...

NEW YORK — The Reddit retail army is back. A little-known Hong Kong-based company appears to have...

OAKLAND, Calif. (KGO) — An Uber driver was shot and killed during an attempted robbery in Oakland...