How affordability could scare off the immigrants Canada wants to retain

When Nicaraguan-born Franco Rayo moved to New Brunswick in 2017 as an international student, he was open to the idea of making Canada home.

Rayo received his master in business administration from the University of New Brunswick in 2018 and got a job in auditing that paid $45,000 annually. Holding two degrees from the U.S. and Canada, Rayo says finding work was difficult and the compensation he was being offered was disappointing.

“My issue was they were offering me entry-level jobs,” he said. “I don’t know if it’s because I’m from another country.”

With a wife and young son, Rayo says he was dipping into his savings to sustain the lifestyle he wanted for his family.

Their situation eventually led Franco, 33, and his wife Natalie Rayo, 29, to make a drastic change to their lives. About a year into the pandemic, the family of three packed their bags and headed for Nicaragua.

While the rising cost of living — with inflation soaring to 6.7 per cent — is affecting all Canadians, the reality is that new immigrants still earn less than the general population.

Now, a recent survey conducted by Leger in partnership with the Institute for Canadian Citizenship is suggesting that squeeze may get in the way of retaining new immigrants.

“Canada tells itself a story about being this paradise for newcomers, and we wanted to see how true that was,” said Daniel Bernhard, CEO of the Institute for Canadian Citizenship (ICC).

The federal government doesn’t track migrant retention, but according to Statistics Canada, 50 per cent of international students had no tax records one year after graduation, suggesting they’ve left the country.

In the ICC survey, 23 per cent of new Canadians with a university education responded that they were planning to leave the country in the next two years.

For new Canadians under the age of 35, that number was 30 per cent. However, it’s not clear how this compares to intentions in previous years.

The survey was conducted between Feb. 24 and 28 with 2013 respondents using an online panel. Although an accurate margin of error cannot be calculated, for comparison, a probability sample of 2000 respondents would have a margin of error of ±2.5%, 19 times out of 20.

Rayo is now settled in Managua with his family and runs his own business, though he’s maintained his permanent resident status in Canada. His wife Natalie, who grew up in New Brunswick, says they enjoy a better quality of life than they did in Moncton, feeling less financially pinched.

“I did not expect to move to Nicaragua, but when it came down to it for our future, my husband and I and my son, that was the best option for us,” she said.

On a national level, there are implications if immigrants choose not to stay. The country faces a labour shortage, and policymakers are hoping immigration can help fill gaps in the workforce — with plans to transition more than 400,000 new immigrants to permanent residents this year.

Between 2016 and 2021, the number of seniors 65 years and older is growing six times faster than children ages zero to 14, a finding with serious implications for the economy. 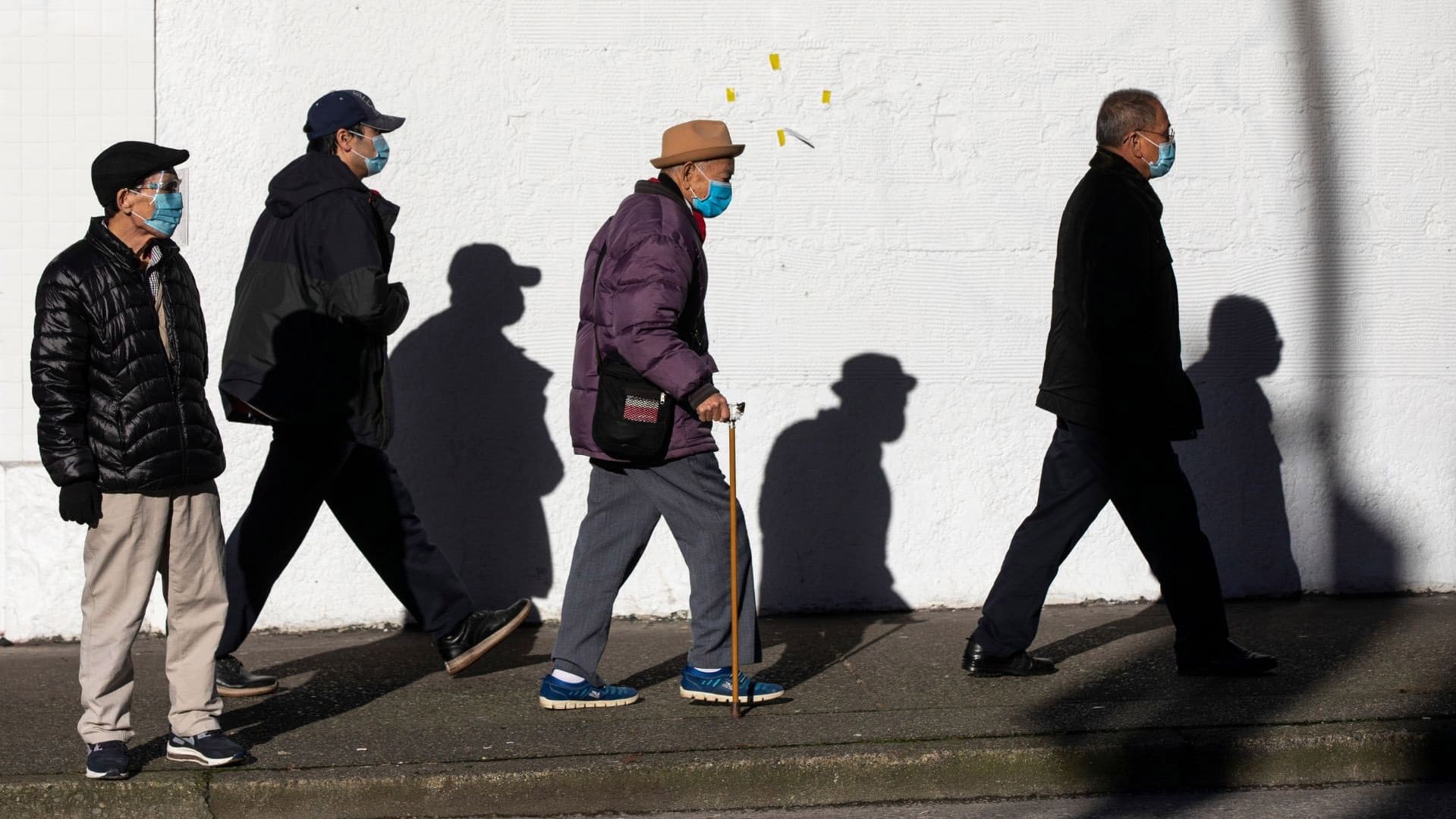 Looming fears for the impact of Canada’s rapidly aging population

Cost of living will push immigrants to leave, survey suggests

However, immigrants have historically reported challenges relating to employment, with many forced to work low-skilled jobs despite their foreign credentials.

According to Statistics Canada, the median income for immigrants admitted to Canada in 2018 was $31,900 one year later. Although that’s the highest it’s been since 1981, it’s still 18 per cent lower than the median income of the general population.

Now, newcomers are also facing a housing affordability crisis and record-high inflation, raising the question: how appealing is Canada to immigrants?

Berhard said the findings of the survey should give Canadians “pause.”

“We have to ask ourselves what benefits Canada is providing to immigrants because we’re in a competition with the rest of the world,” he said.

“People are not able to earn to their actual potential,” he said. “The standard of living that they might reasonably expect or even that they have in their home country is becoming less and less attainable.”

In the survey, 64 per cent of new Canadians agreed with the statement “the rising cost of living in Canada means immigrants are less likely to stay in Canada.”

According to Statistics Canada, 31 per cent of recent immigrants were spending over 30 per cent of their income on shelter costs, in comparison to only 18 per cent of the general population.

Not enough data on immigrant retention

Economist Mikal Skuterud from the University of Waterloo says it’s difficult to come to any conclusions from the survey because of the absence of data from previous years.

It highlights the need for the federal government to be tracking how many people leaving the country and why they’re choosing to leave, he said.

“A huge part of the challenge for Canada and policymakers is not just attracting immigrants with high levels of human capital, but also retaining them,” said Skuterud.

The economist says there is a risk of losing the highest skilled immigrants to the United States where salaries can be more lucrative.

However, Skuterud doesn’t believe cost of living is likely to drive immigrants away in droves. 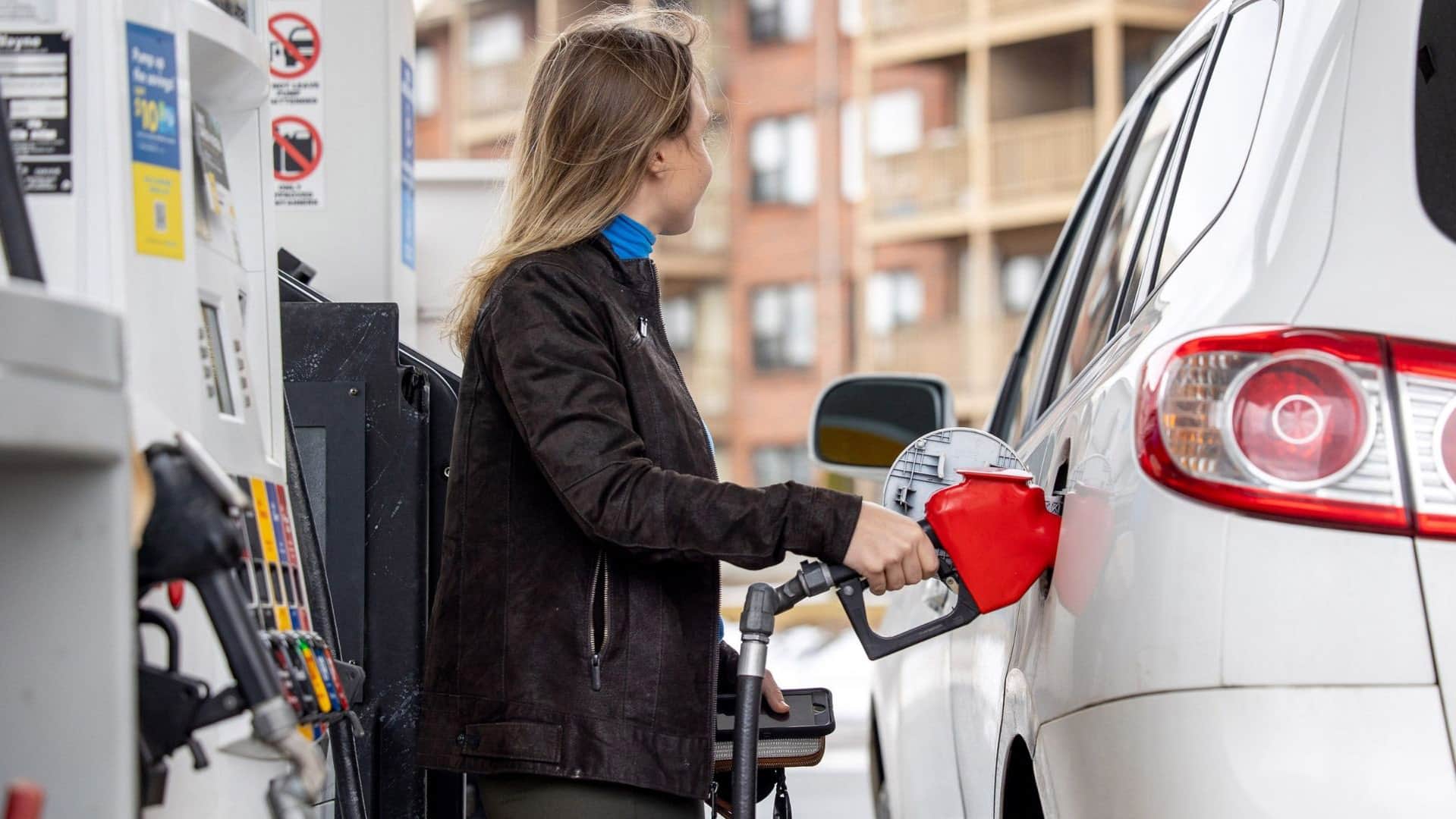 Canada’s inflation rate spikes to 6.7% in biggest jump since 1991

The inflation rate in Canada jumped to 6.7 per cent in March, hitting a 31-year high. Economists warn borrowers should expect further interest rate hikes as the Bank of Canada tries to cool rising inflation. 2:00

“When people make choices about where to move or if to move at all, what they’re doing is evaluating their economic well-being in one place versus somewhere else,” he said, adding that many countries around the world are also grappling with high inflation right now.

“Migration is very costly and inflation is a temporary phenomenon,” he said. “The idea that people are suddenly going to uproot themselves to leave for somewhere else, I don’t think it’s credible.”

When Manpreet Kaur and Harmeet Singh immigrated to Canada in 2018, the couple had a hard time finding information on how to navigate the country as new immigrants.

That got them to start their own YouTube channel.

“We thought of making videos and [sharing] our journey,” said Singh.

The couple’s YouTube channel “Canadian Couple Vlogs” has over half a million subscribers and has videos about everything from how to move to Canada to what life is like after immigrating. They even have a video on why immigrants choose to leave Canada.

From cold winters to cost of living, Singh said there are a lot of challenges immigrants face in Canada that they should know about before moving.

Singh and Kaur had mentally prepared themselves for some of those challenges, expecting to take a hit financially at first.

Although the couple managed to find work within a few months of arriving, Singh says his lack of Canadian work experience was an obstacle when applying for jobs. Luckily, though, his experience working for Walmart from India helped him land work with Walmart Canada, he said.

If it weren’t for the couple’s jobs in IT and the YouTube channel serving as a side hustle, Singh says “it would have been very difficult.”

Bernhard from the Institute of Canadian Citizenship says there’s a failure to fully “appraise” the skills and value newcomers newcomers have to offer. And as many employers report challenges with finding labour he says they need to get better at recognizing the skills immigrants have to offer.

“That’s not just a moral or an ethical imperative. That’s also your competitive advantage in the marketplace,” he said.

The federal government is making changes to two of its biggest housing programs in the hope the move...

More than 200 boxes of records under scrutiny by Ottawa, courts for residential school connections

More than 200 boxes of records are currently under separate court and internal federal reviews to determine...

British Columbians can expect to see more northern lights dancing in the skies over the next three years....

The RCMP has reviewed more than 30,000 of its previous sexual assault investigations and has found...